What’s the most important programming language in 2021?

With programming becoming indispensable at most jobs nowadays, you may be wondering where to put your efforts on your new path towards learning how to code, and with such a plethora of languages, making the right choice may be an intricate venture. That’s why we decided to tell you what’s the most important programming language in 2021.

In this article, we will teach you why Python —the language that is taking over every industry from arts and design to bioengineer and manufacturing— may be an acute choice for starters in 2021. 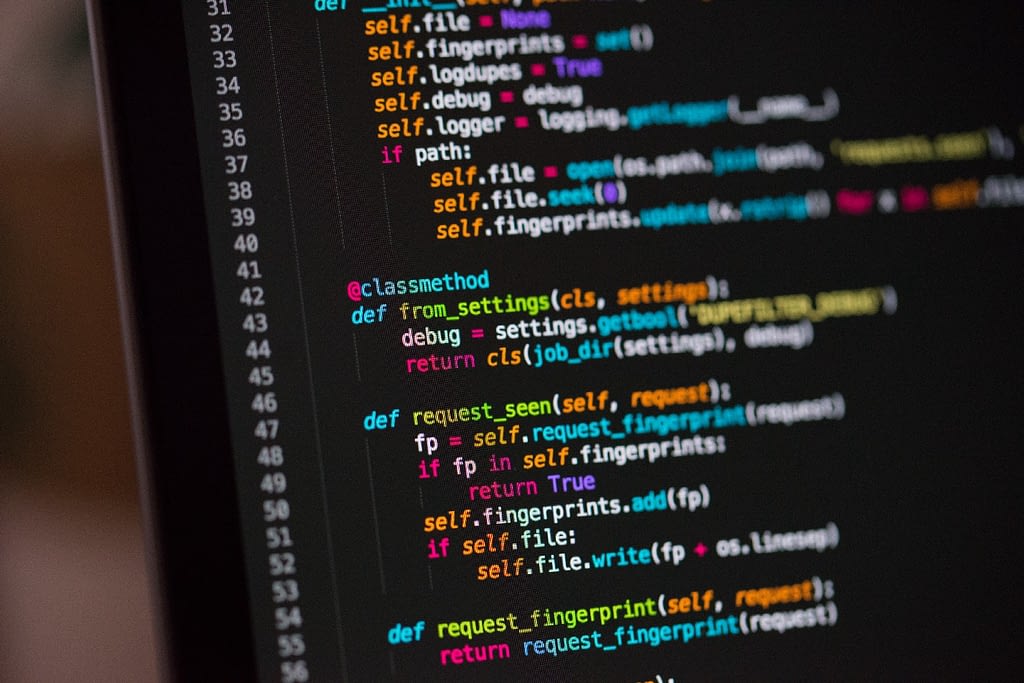 Image by Chris Ried on Unsplash

What Is Python and What Can You Do With it

Coding is how we communicate with computers and Python is one of the many ways we can tell them what to do, as are also JavaScript, HTML, R, and SQL. The key with the former is its relative ease of use and its object-oriented approach.

The numbers talk by themselves: according to the TIOBE index, which measures the popularity of programming languages using search engines and ratings, Python is about to become the most popular language before C and Java for the first time in 20 years of the index.

Python was released in 1991 by Guido van Rossum and since then it hasn’t stopped evolving, being now a language useful for creating web applications, connecting database systems, modifying files, performing math, handling big data, and even prototyping.

For freely installing Python and running code on Mac, Linux, or Windows it doesn’t take more than 10 minutes. The newest version of the language is called Python 3 and it has a simpler syntax than the previous version, while it also serves better the development of machine-learning, AI and data science works.

Most people say coding in Python is similar to talking in plain English, which is why it may be so intuitive in the first place. At the same time, it is an object-oriented programming language, which means you can represent the real world using structures that have behaviors.

Object-oriented programming is simple because programmers can link states, which represent the characteristics of objects, with behaviors and their respective objects that belong to classes. Here’s an example:

Python libraries, which are reusable modules of code, are another great competitive advantage that makes this language outperform. There are more than 137,000 libraries that can prevent you from writing code from scratch, most of which are open source.

A notable aspect of libraries is that they can help you achieve tasks that you would otherwise have to carry out using a different language. For instance, Pandas are very useful for modeling and data analysis, which are more commonly performed using more specific languages such as R.

How to Learn Python: The Best Courses, Apps, and Books

Contrary to the popular belief that programming is only useful for tech-related jobs, Python may be the next skill you need to ramp up your projects, even if your field of work is not IT-related.

Python code is everywhere: it is present in your life every time Amazon, Netflix, Youtube, or Spotify recommend you something based on your preferences, and even when you talk to a bot or scroll through Instagram or Snapchat. At Huenei, we make all kind of software development with this awesome language.

At the same time, it can serve you for professional purposes such as data analysis, data visualization, machine learning, mining data, and more personal aspects such as boosting your personal finances while staying on top of bitcoin prices. So here’s a list of the most useful resources available out there for learning this language:

Freecodecamp.org is one of the best resources on the internet for learning how to code for free. This web platform founded by a non-profit organization offers an abundant library of courses that more than 350,000 students access every month.

Other than Python, you can also learn JavaScript, CSS, and HTML using freecodecamp.org, and every time you complete a module you are given a certificate. Another perk is that it has chat rooms and online communities where you can ask for help and dispel your doubts.

The best aspect of this app for learning Python is that it allows you to communicate with other students on each lesson, which makes it not only a learning platform but also a social network, so you will never feel alone while solving a bug.

Sololearn uses quizzes as an evaluation method, with each session containing a glossary of terms. It also offers challenges and competitions that give you points that you can later show off.

This course can take you from a beginner to an expert in developing programs for data analysis using Python 3. And as the title states, it is friendly for those who have never had an approach to this language. You can audit the course for free or opt for a paid certificate and assessment.

The contents include fundamental concepts explained in the textbook “Python for Everybody” and it teaches how to deal with data structures, access web data, and using databases. In the end, you are eligible for a certificate of completion after having completed the capstone project in the last module.

Even though learning a programming language in just one day seems very unrealistic, if you are up for a practical approach, this book is right for you, since it will make you put your hands to work from the very beginning.

After teaching you how to install some necessary software it will teach you basic concepts such as variables, operators, integers, floats, and strings at the same time it gives you examples.