Have you ever wondered about the differences between a Hybrid App vs Native App? The truth is that neither is perfect since both have advantages and disadvantages. In case you want to know which alternative is better for your developments, here we will tell you in detail.

Hybrid App vs Native App: what to consider when developing?

First, it is essential to comment that both options are good. That is to say, choosing one and not the other will depend on the specific characteristics of each development. However, it also depends on the developer’s knowledge. Therefore, here we will tell you all about each of these programming methods.

The advantages of hybrid App development

According to Ionic, hybrid applications are a combination of native and web solutions. In case you didn’t know, mobile developments are based on 2 operating systems: iOS and Android, which are the most popular in the market. The problem is that each platform uses different languages.

For example, while Android is programmed with a variant of Java, iOS is worked through Swift. Therefore, you have to specifically create the application in both languages in a hybrid way. Therefore, the idea is to program a single application that works on both platforms.

One of its advantages is development. Hybrid mobile Apps use the device’s internal browser, known as webview. Once this is done, they display a local web and package it as if it were an application. Thus, a functional App is created using HTML, CSS, and JS.

Through different frameworks, such as Ionic, React Native, or Framework 7, you can give a functional result. Then, one of the advantages is that there will be less investment in development. This means that developers can work faster for companies that need immediate work.

In addition, you only have to maintain one source code, which makes maintenance easier. In turn, you also get a single product, which makes development simpler. 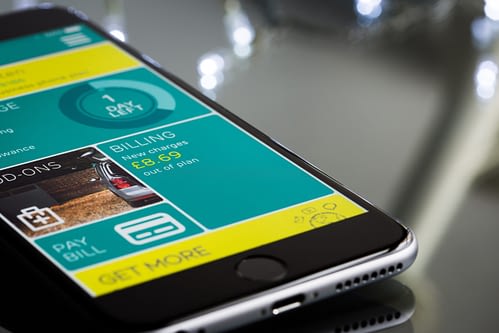 The disadvantages of hybrid App development

This method also has its disadvantages. The most obvious one is that not being 100% designed for a specific platform, the user experience is less. This does not mean that it is a bad thing, although sometimes errors may appear. However, the user can indeed notice the difference.

In addition, it is relevant to note that all the development will be done in JavaScript. For this reason, there will be a lot of code in this language. If the application is too complex, it can be tedious to write it. This makes execution times slower compared to a native App, generating less fluidity.

The advantages of native App development

According to Raygun, this is another development alternative, which consists of creating software for specific devices. In other words, unlike the previous example, an application is created for an operating system. Consequently, if you want to adapt it for another platform, you will have to develop it again.

This kind of development can have several advantages. One of the clearest is speed: since they are developed in their language, native applications are faster. Likewise, they improve the user experience, which is why it is possible to obtain a better reputation among users.

There is also a superlative performance since they take full advantage of the operating system functions. In addition, they access all functionalities, such as the camera, microphone, gyroscope, fingerprint, or push notifications. At the same time, they work without the need for an Internet connection.

The disadvantages of native App development

On the other hand, they also involve some disadvantages. One of them is the high cost. Since the application has to be programmed twice, once for each operating system, the cost is higher. Likewise, it can also be more complicated, since the same developer would have to adapt to both systems.

If you cannot do this, you will have to hire another person who knows the programming language in depth. At the same time, the development time can also be much higher. As they are more complex and have to be developed twice, it will take longer and this may delay some necessary launches for companies.

How to choose the right one for your project?

So what is the best option available to you? Well, it all depends on your development needs and your knowledge. It could be said that, if you need something faster and with less complexity, the ideal is a hybrid App. On the other hand, for less urgent and higher quality Apps, native Apps would be ideal.

We hope this article on hybrid Apps vs native Apps has been helpful for you!